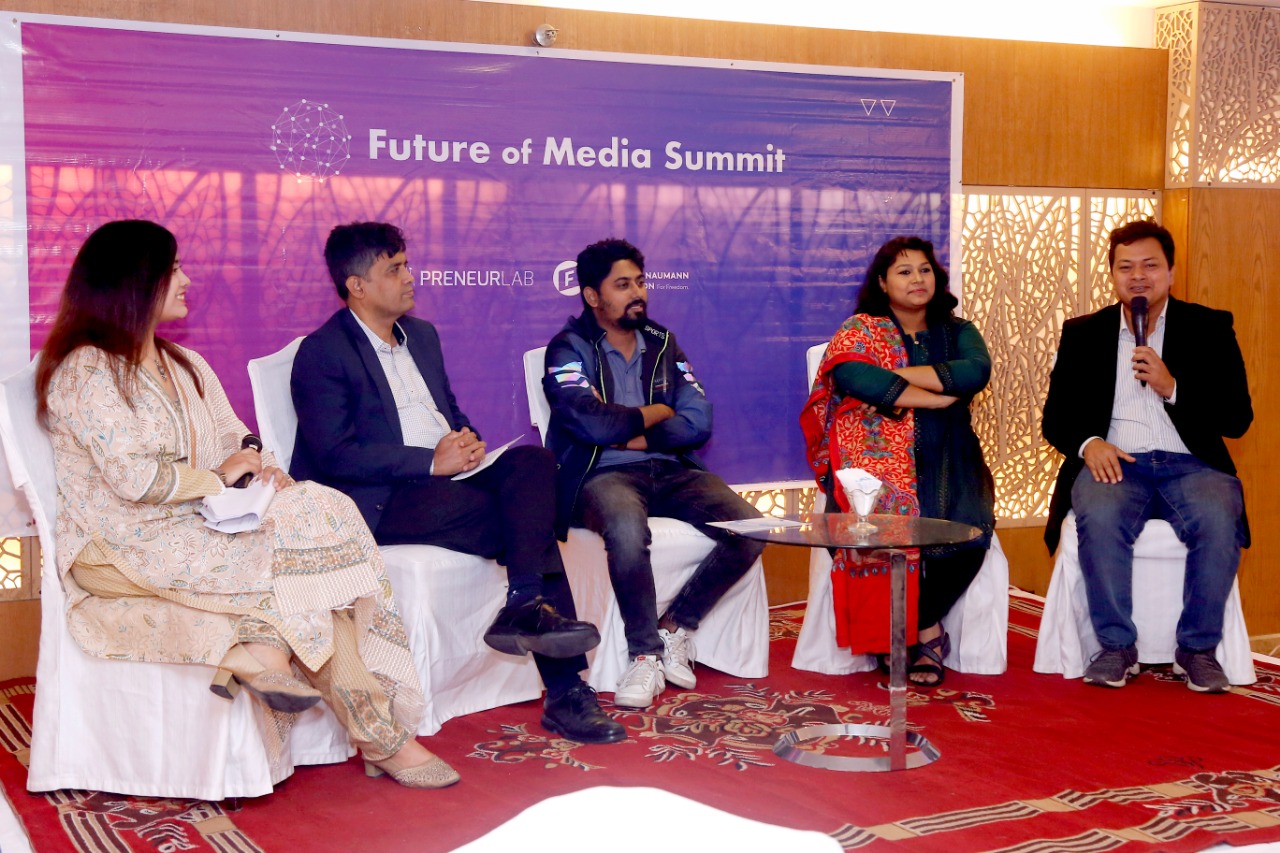 The “Future of Media Summit” concluded today with a closing ceremony to commemorate the event’s success and to explore the future of media in Bangladesh.  The closing ceremony took place at the Lakeshore Hotel in Gulshan. Various media experts, leading journalists, policymakers, and Bangladeshi youth groups attended the conference.

It is said that “An independent, unbiased, and accountable media is the backbone of democracy”. As a result, the media has an unparalleled responsibility to society. The media’s primary role in societal advancement should be to uncover the truth, offer accurate news, and challenge errors. The media has such a powerful influence on people’s lives that it can alter their social thinking, ideas, attitudes, culture, and even traditions. Since the dawn of time, the media has played a significant role in the growth of society and human perspectives. The media has gone through various evolutionary tendencies from the evolution of civilization to time. Following this, and prior to the emergence of electronic media, the much-loved print media took center stage in the media. Electronic media has made the media more accessible to a wider spectrum of individuals, making it easier to reach the typical man from any location. New forms of media are emerging as information technology advances, one of which is mobile journalism.

Preneur Lab Youth & Innovation Trust and Friedrich Naumann Foundation for Freedom collaborated to host the “Future of Media Summit” in Bangladesh. The “Future of Media Summit” was organized to prepare Bangladeshi media professionals and young journalists for the shifting media landscape of the future. To that purpose, the Summit offered seminars on digital verification, mobile journalism, round table debates on media challenges and the end of media, and conferences on how to innovate in the media.

Mohammad Arif Nezami, Trustee of the Preneur Lab Youth and Innovation Trust, said “In Bangladesh and around the world, fake news and misinformation are on the rise. On the otherhand media industry is in need of serious business model innovation due to rise of big tech like Facebook and google. These issues needs further discussions even after the summit”

The “Future of Media Summit” engaged around 300 journalists as participants and 40 professional speakers. Furthermore 100,000+ people were reached via internet activities. In addition, this program included 15 expert video series. Visit https://www.futureofmediabd.com for more information about the Future of Media Summit.