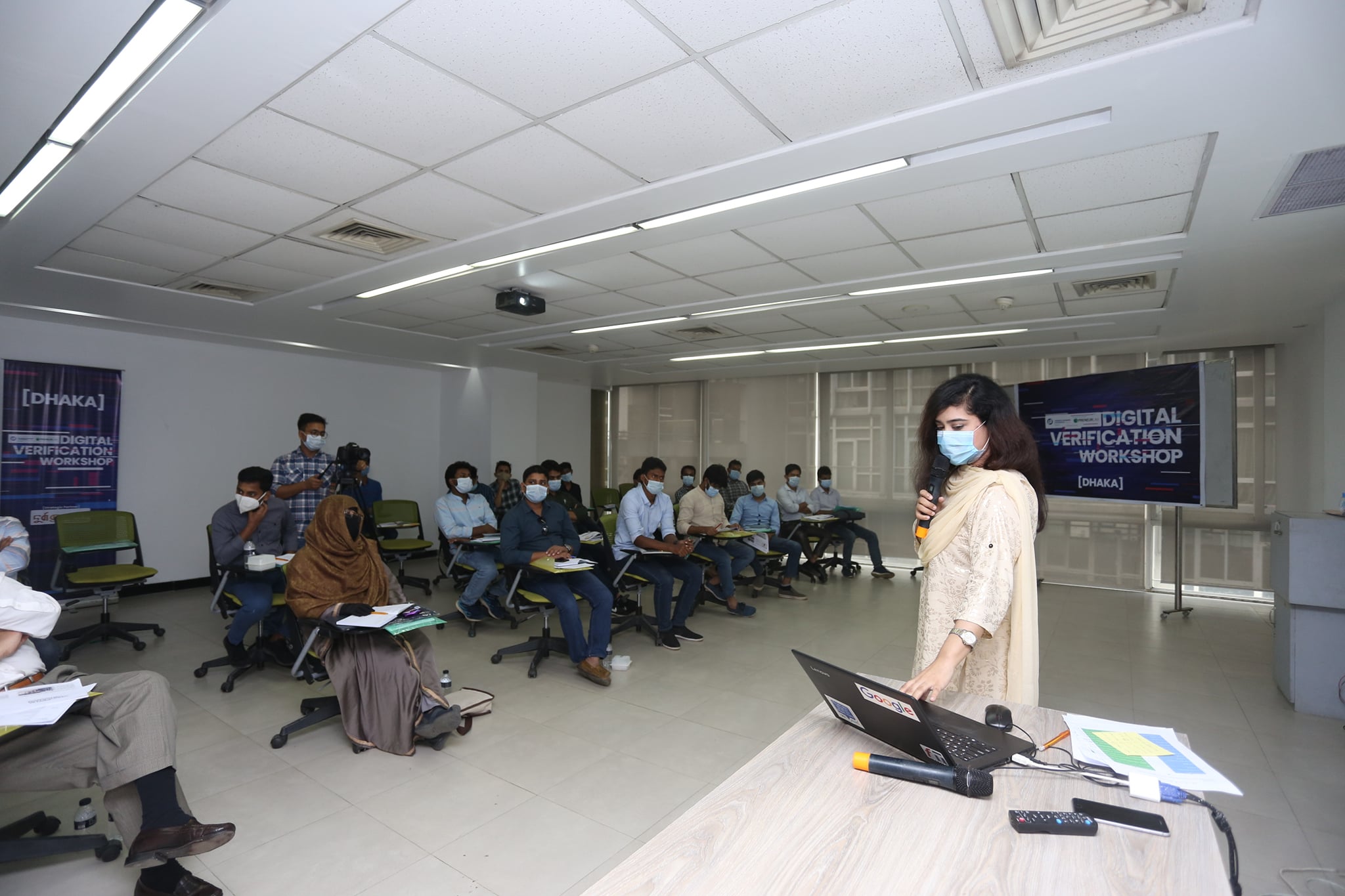 The amount of fake news and rumors on the Internet is increasing worldwide. Violence is due to rumors, ordinary people are losing their lives. 25 people were injured in 2019 due to rumors. At least 6 people died. In the Corona situation in 2020, the existence of rumors has increased in the virtual world. In such a situation, a day-long workshop was held at the Krishibid Institution in the capital on Thursday to verify the rumors and false information.

Speakers at the workshop hand-penned the topics of reverse image verification, news verification, internet news archive verification, and use of geo-location for social media audit. Participants were given various tools to verify the news. Earlier, the first workshop of the series was held on November 16 in Rajshahi. Journalists from the Rajshahi region took part there. Also featured are Preneur Lab and FNF Bangladesh’s Safe.com online platform where a variety of digital security-based content and tools are available for people of all ages and professions. The second workshop took placed in Dhaka on 19th November where 35 journalists and media professionals attended.